I'm not much into horror, which makes it a little strange that The Twilight Zone is my favorite show. It's considered to be one of the pillars of the genre, with an iconic style, memorable stories, and an intro that has embedded itself into the pop-cultural psyche. However, the age of the show and existence of modern alternatives have made the source material begin a slide into obscurity. So, I wanted to share my passion for this show and hopefully create a few more fans with a little guide for some of the series' best episodes. These ten will cover the breadth of the show's styles, along with a small explanation of what made each one so special. A few notes:

"The place is here. The time is now, and the journey into the shadows that we are about to watch, could be our journey" - Rod Serling, Producer, Narrator, and Screenwriter of The Twilight Zone 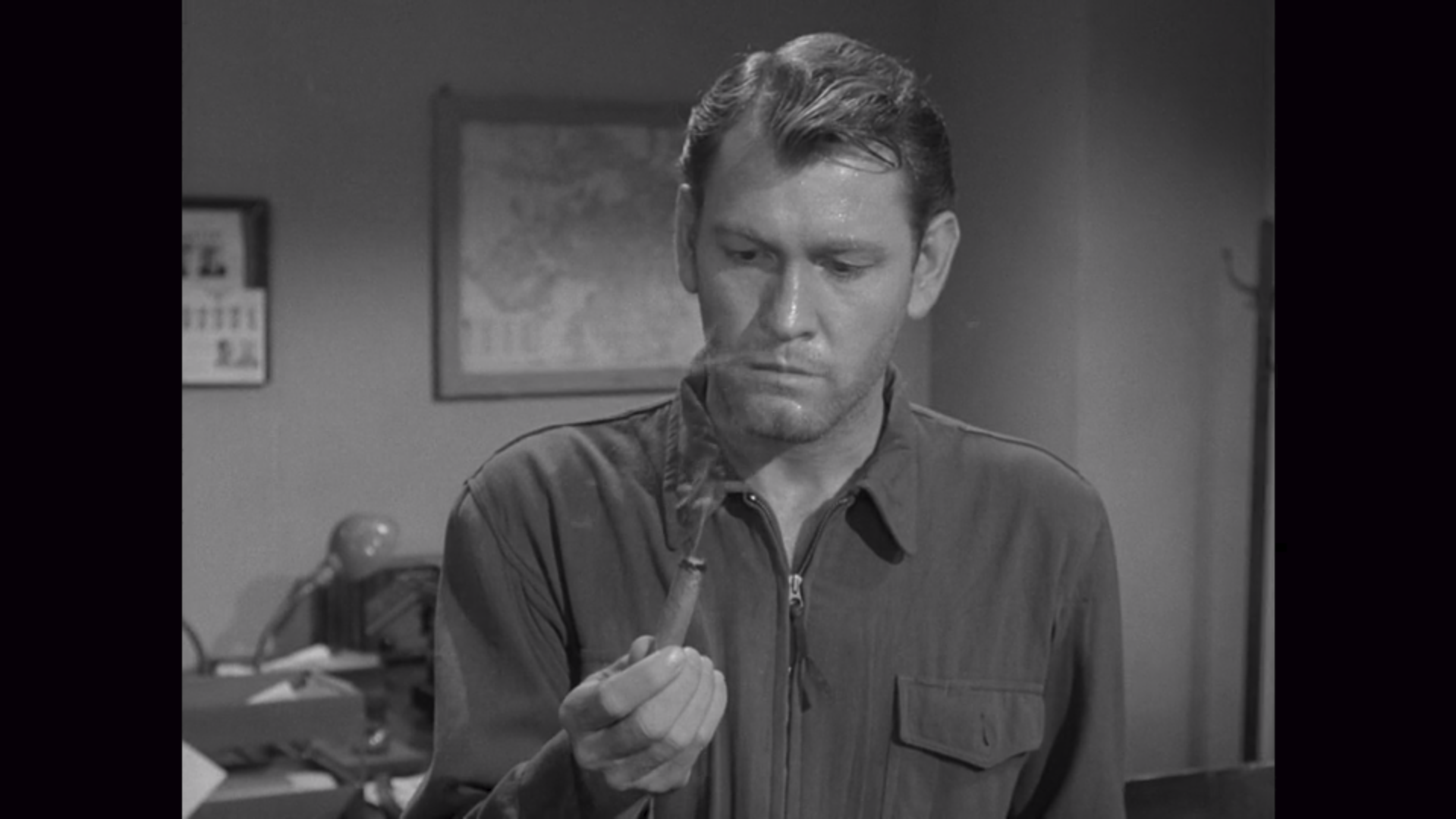 Where is Everybody? (season 1, episode 1)
As a Star Trek fan, terrible first episodes are something I've come to expect, but this one does a great job at establishing the atmosphere of the series. It's quiet and tense, with shots that remind you of modern movies like "I Am Legend", even with comparatively primitive filmmaking tools. You could use this episode as an example for how far you can take a story without computers or a high budget, using creative methods to tell a gripping story of total isolation. 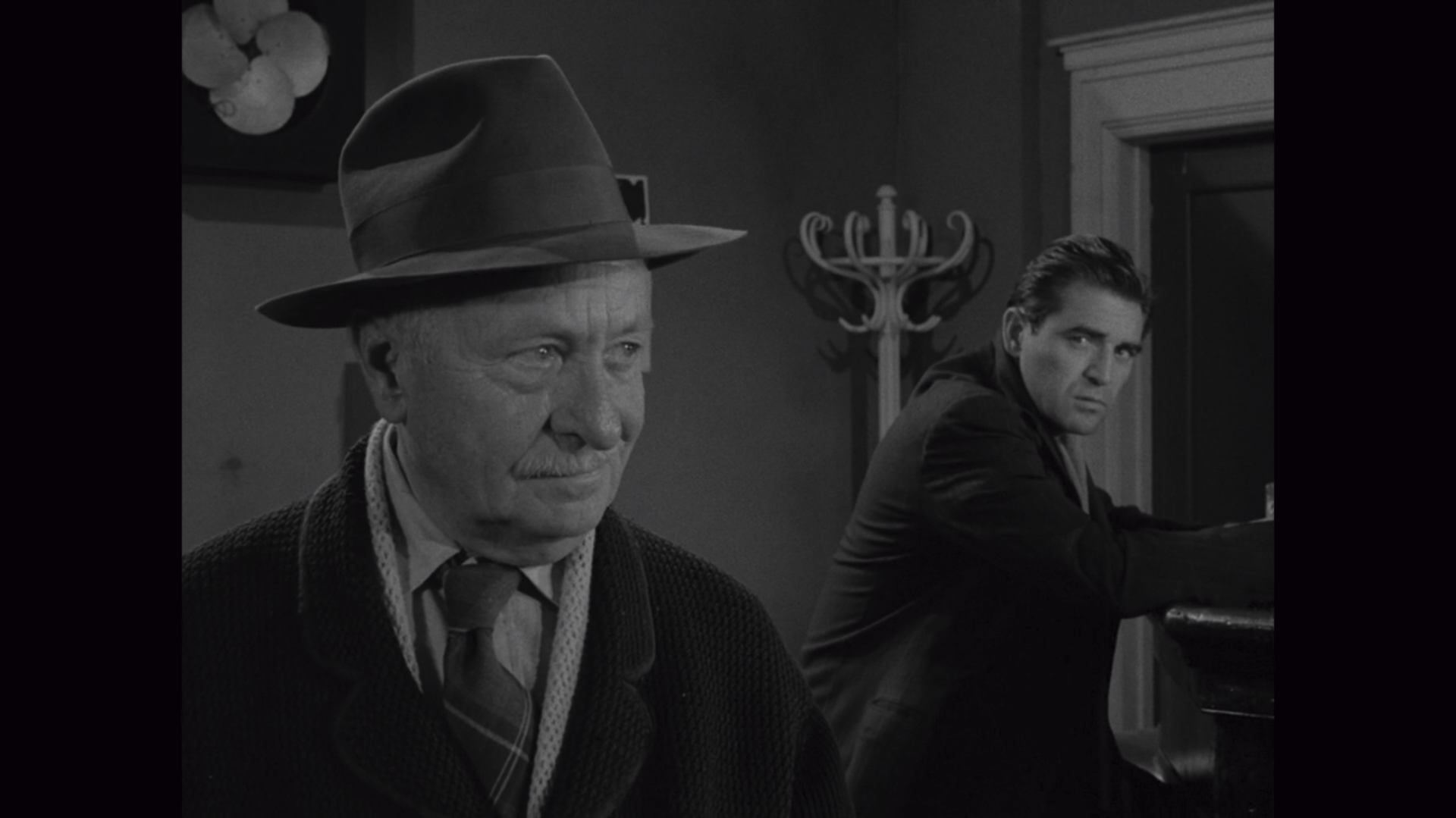 What You Need (season 1, episode 12)
While The Twilight Zone is primarily known for its horror, this episode shows the other side of the series with a cautionary tale. This is a natural fit for a show where the variables of reality are unreliable, putting people into unrealistic scenarios which test their character in a way that still feels realistic. When watching this episode in particular, it's natural to wonder how you would react if you were put in the shoes of the main character, and it's this thought-provoking nature that makes the show more than the sum of its parts. 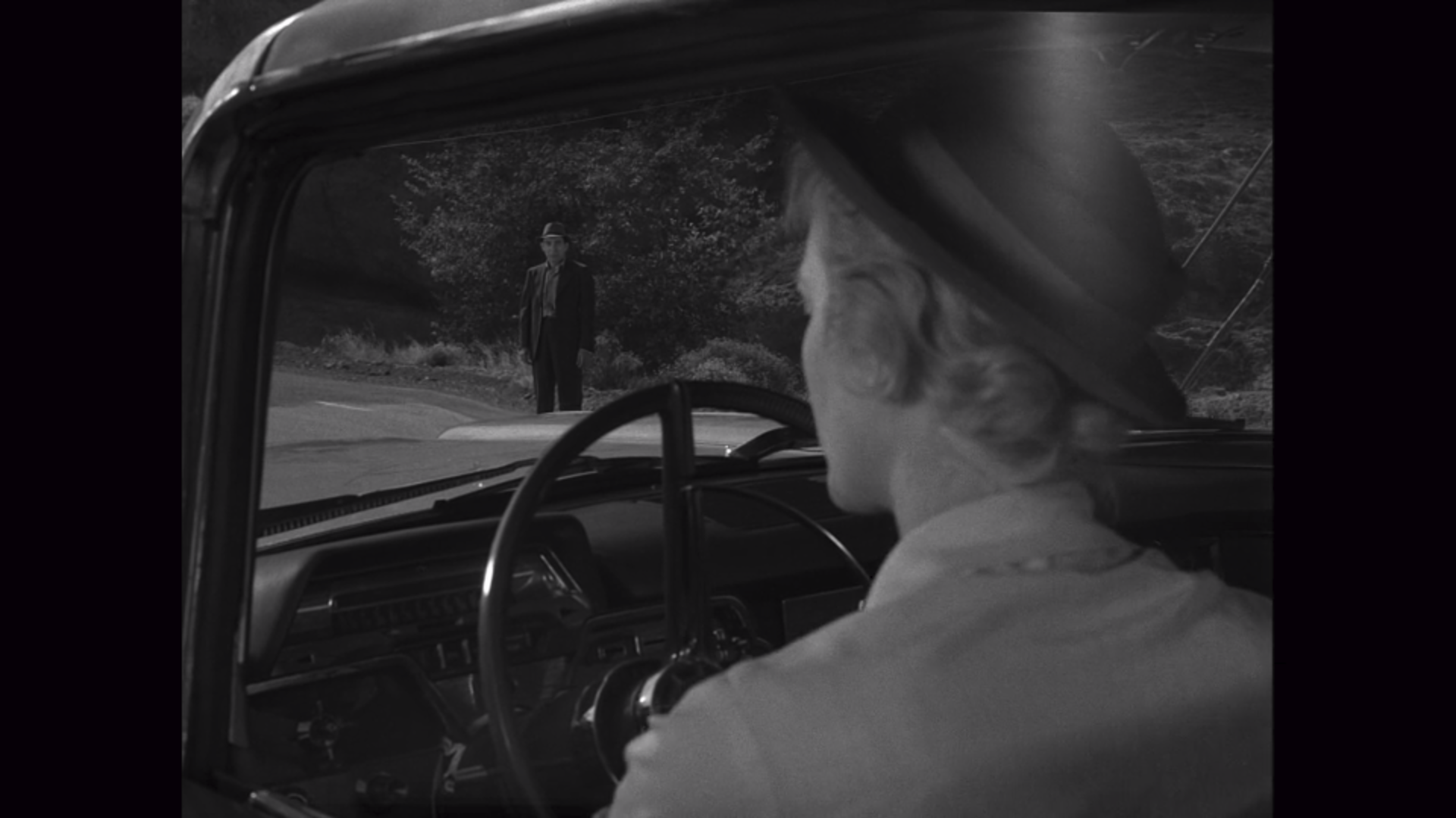 The Hitchhiker (season 1, episode 16)
This is an episode with huge influence on the horror genre, and for good reason. Horror is most effective when it taps into people's most basic fears, and this episode conveys the panic of being chased so well that movies and shows are still emulating it. As a result, you may figure out where the story is going before the episode wants you to, but it's a personal favorite and one of the best in the show's horror style. 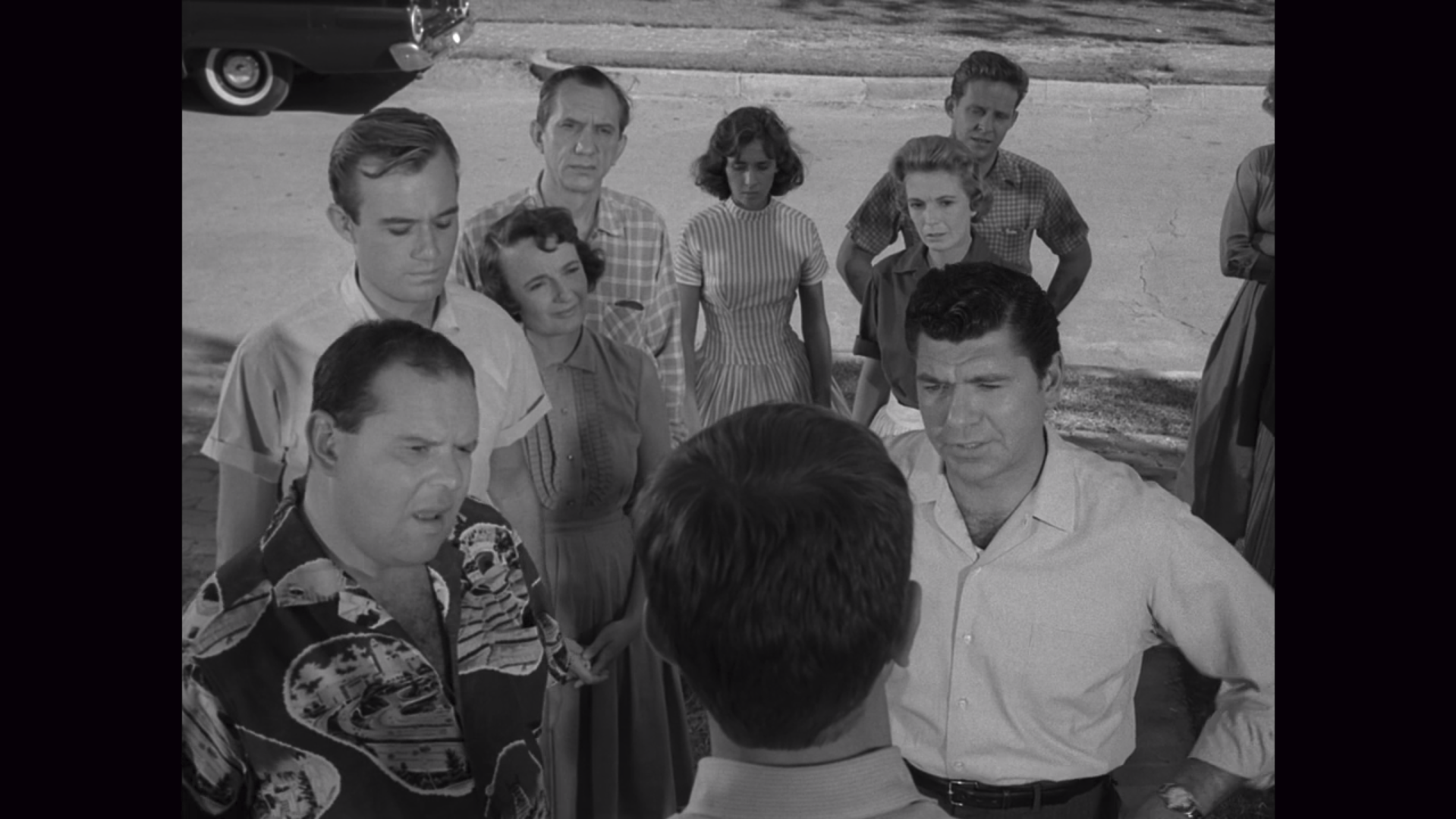 The Monsters Are Due On Maple Street (season 1, episode 22)
I said that "Where Is Everybody?" is a good taste of what The Twilight Zone is all about, and if that's true, this episode is the main course. It's considered one of the best in the series for good reason, mixing the horrific, moralistic, cautionary, and even political elements together to deliver a story that will still resonate with modern viewers. If I had only one episode to convince someone that this series is still relevant, it would be this one. 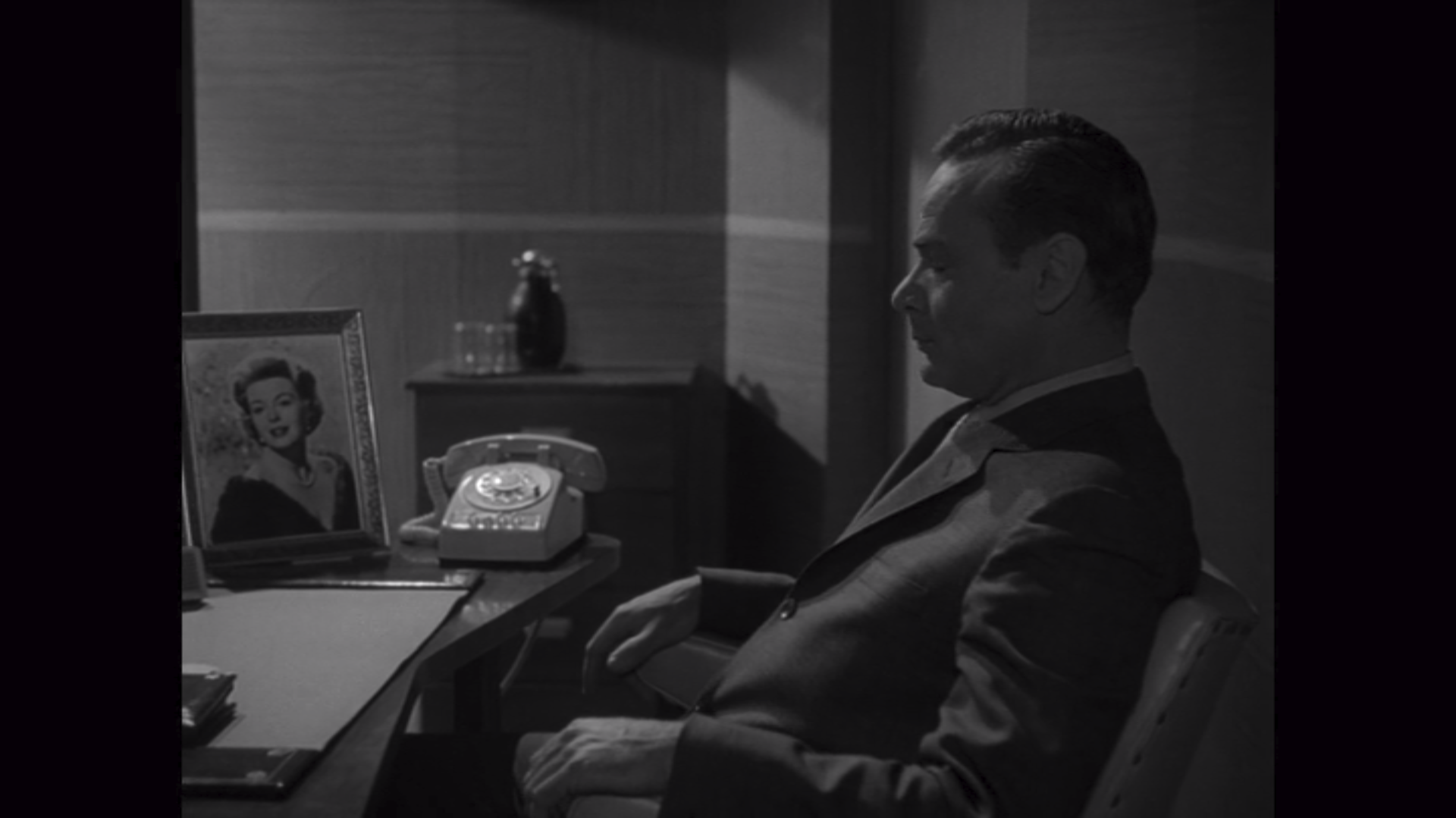 A Stop At Willoughby (season 1, episode 30)
This episode may be more relatable to an audience today more than when it was originally released. It addresses anxiety, mental fatigue, and an inability to escape stress, the same malaise that seems to affect more people today than ever before. It's a great example of how The Twilight Zone uses metaphor and symbology (albeit in a heavy-handed way) to send a message and comment on everyday problems. 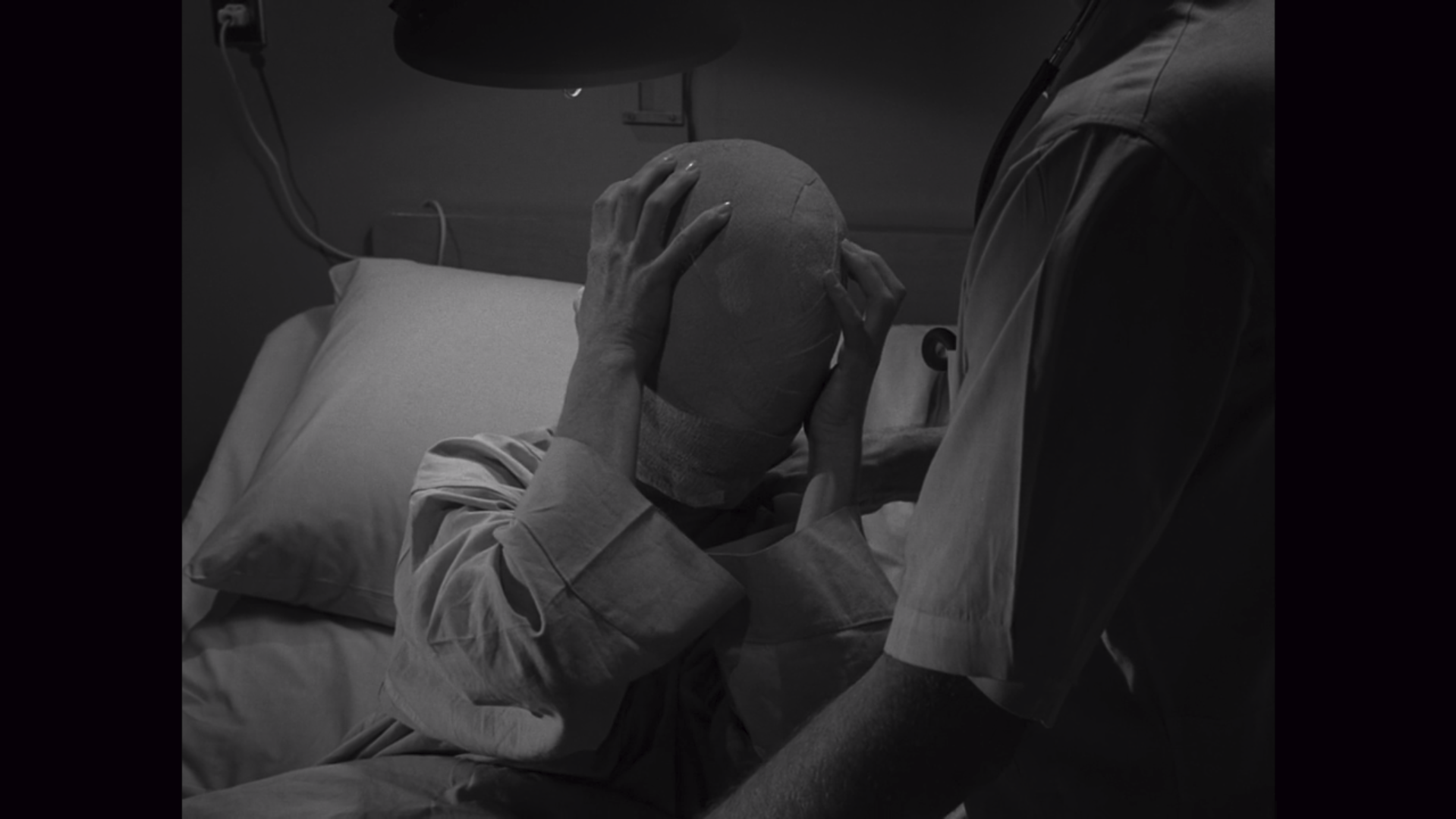 Eye of the Beholder (season 2, episode 6)
The cinematography of this episode has made it one of the most iconic in television history. Television can often rely on a practical, easy-to-produce shooting style, so the way this episode breaks the mold with a unique artistic vision makes it wonderfully unsettling. Even if you already know the plot of this episode, it's worth watching for how meticulously it builds suspense. 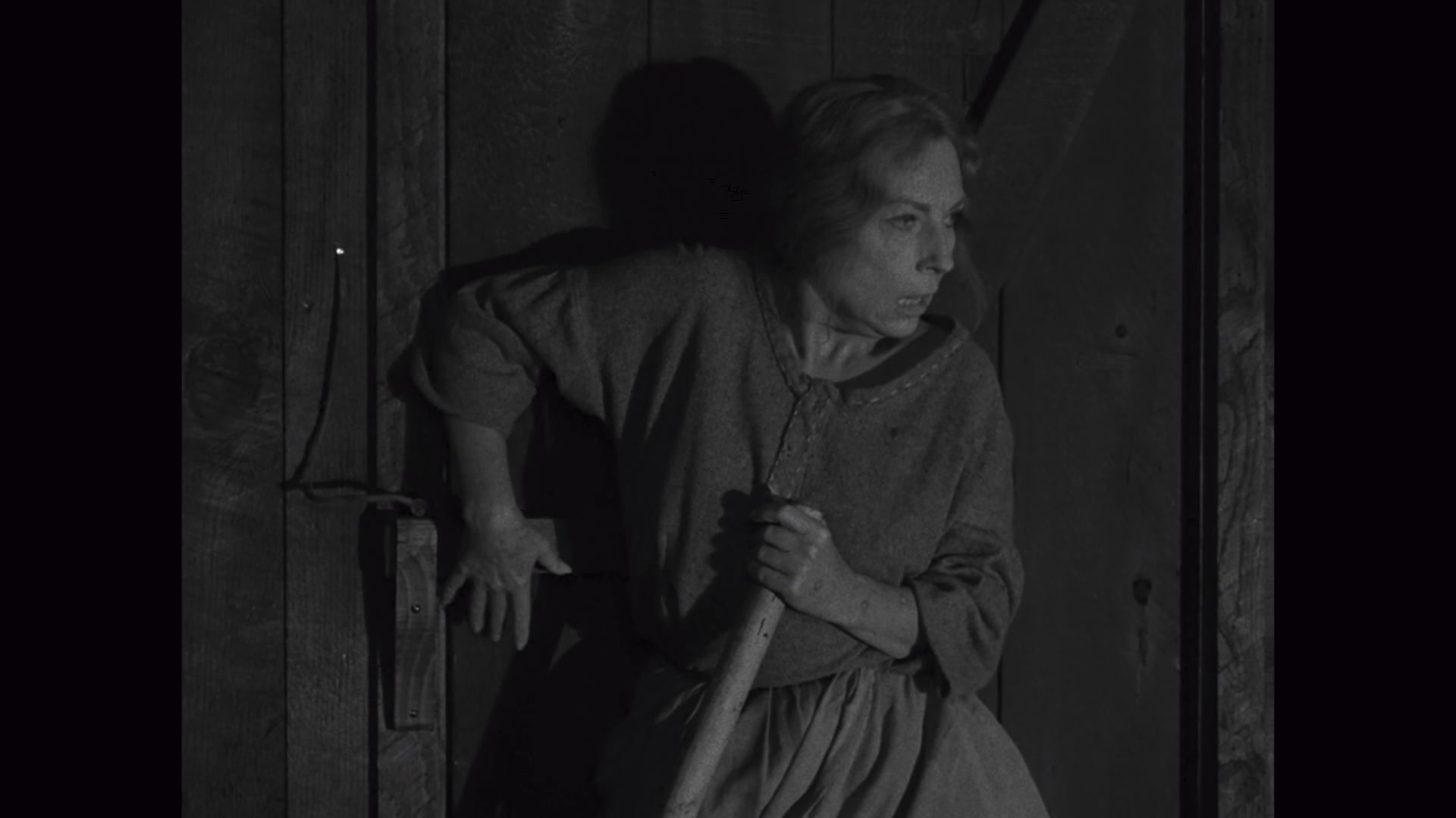 The Invaders (season 2, episode 15)
"Eye of the Beholder" is to visuals as "The Invaders" is to sound. The most dialogue you get at one time is Rod Serling's intro, and after that you're left to watch as the silent conflict unfolds. It touches on the basic fears of solitude and the unknown, in the same way that "The Hitchhiker" conveyed the primal terror of being chased. The way the episode worldlessly accomplishes this is incredible, and it's a must-watch if you appreciate minimalist story presentation. 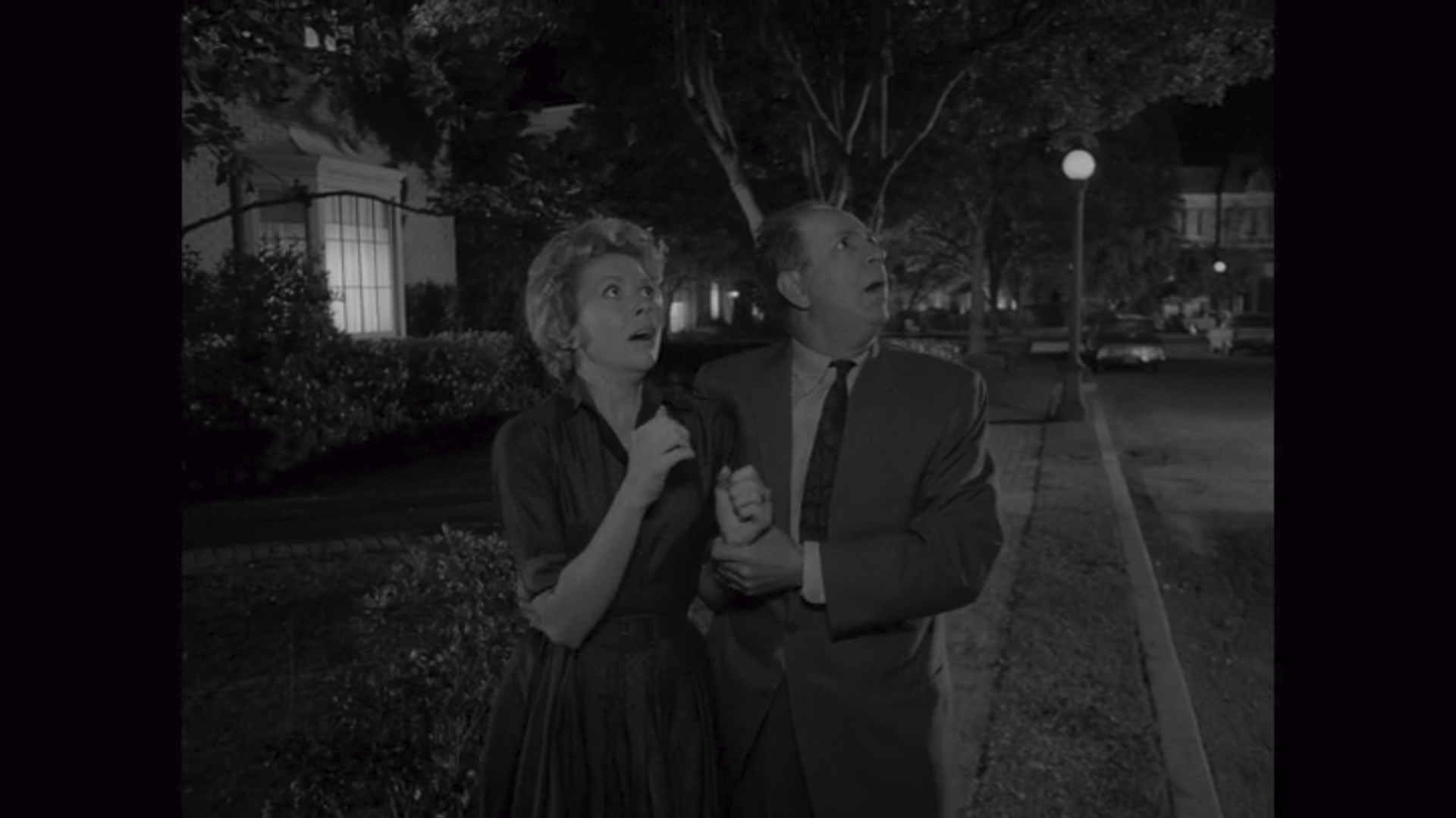 The Shelter (season 3, episode 3)
If you're a fan of the more realistic and morally-focused side of the show, this episode is for you. With how plainly the story is told, it feels like a direct message from Serling about how insane society can be. It's a straightfoward story with an obvious message, but that dryness makes it one of the most relatable episodes in the entire series. You can easily see the events of this episode happening in real life, and that's what makes it uniquely terrifying. 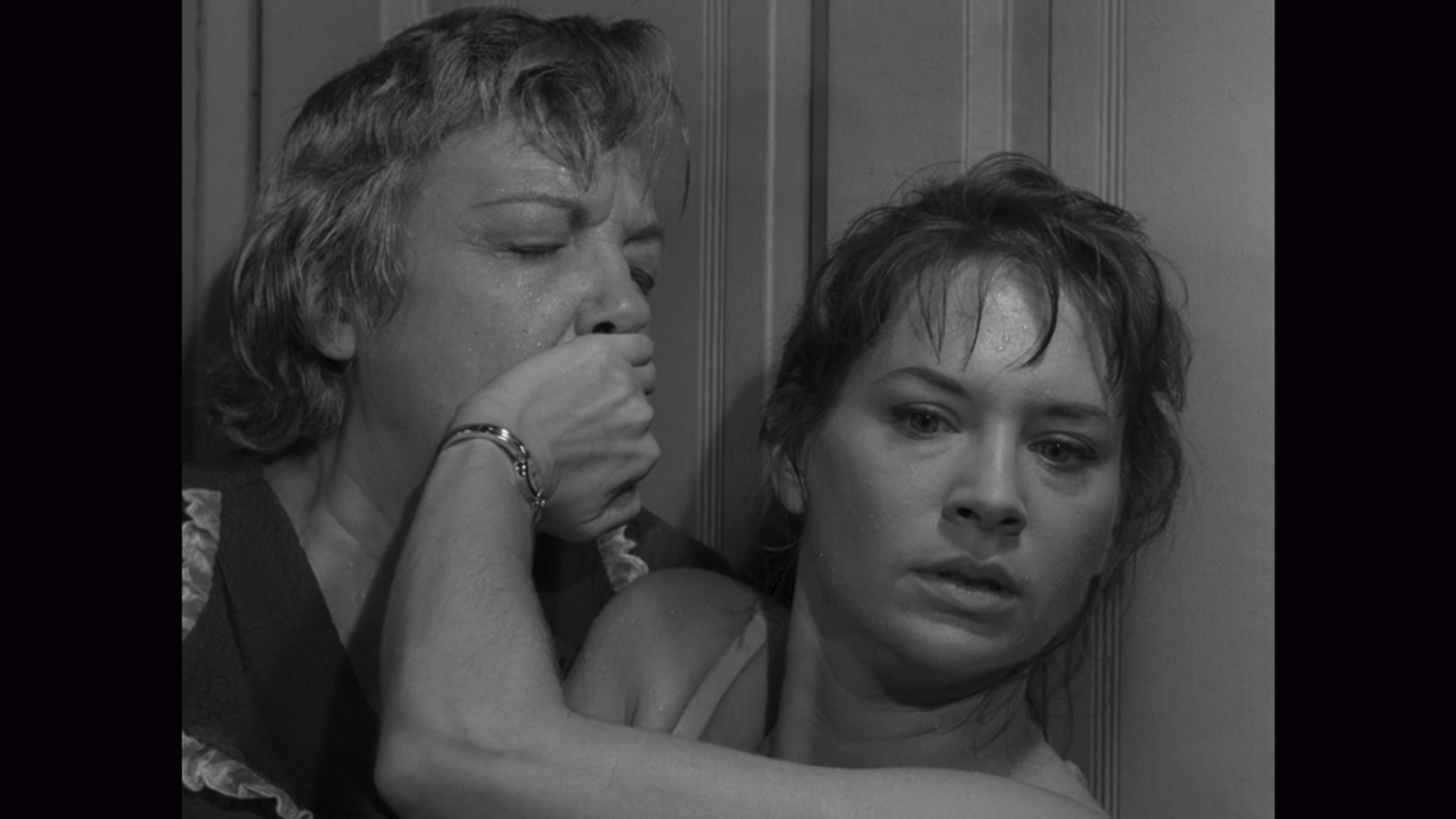 The Midnight Sun (season 3, episode 10)
This is my favorite episode of the series, even if it's not popularly considered one of the best. The horror in this episode is unlike anything else in the show, with a threat that isn't hidden in the shadows or behind the supernatural. Other episodes may give you the creeps, but this one is set up to give an oppressing sense of dread. If you have anxiety problems and need to explain to someone what it's like, make them watch this episode. It's about as close to the real thing as you can get. 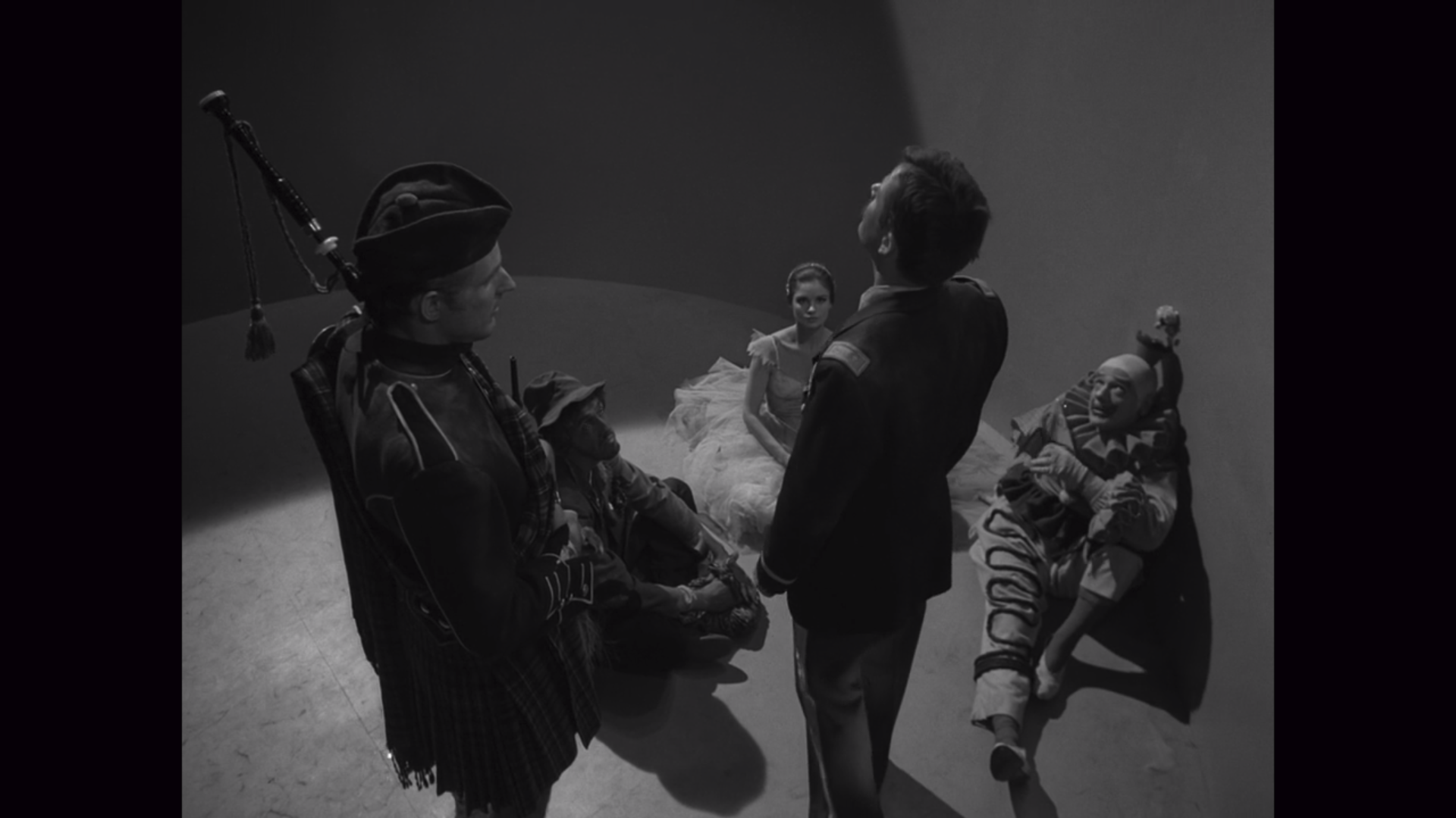 Five Characters In Search Of An Exit (season 3, episode 14)
The only way I can describe this episode is by saying it's a wild card. The premise is simple: five people of various occupations are trapped inside a gigantic circular pillar, and need to get out. While that's all there is to it, the simple mystery to it and the odd cast of characters make it all feel like a strange dream. It's a great example of how the effectively the show can establish a mood even without the use of explicit horror elements, and is considered one of the show's best episodes.

Those episodes are some of my favorites, but there are a few notable exclusions that I would feel remiss if I didn't mention. If you've watched the episodes I've listed and want more, here's a few where you can go in completely blind and enjoy the mystery: